Skip to content
Hilarey.com > Older Blog Posts > Perspective from the opposite sex

I recently read an article reminding writers to keep a realistic perspective in your charter’s point of view. It reminded female writers that men don’t notice the ecru petticoat fluttering gently against burnished-umber boots. 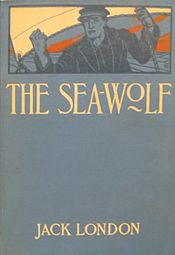 True enough. But then, while I was reading a book with a romantic element last week, the hero started describing the gal with intense detail. It was beautiful–but at one point I flipped to the cover, thinking “how did she get away with the male character thinking like this?”

Only then did I realize that the book was written by a man. Every scene, not just the amorous ones, were surprisingly emotive.

As a teenager, the two authors I read most were Jack London and John Steinbeck. One story, The Sea-Wolf, has a romance thread but it is from a man’s perspective. I will never forget when the main character describes the girl’s hands and fingernails, I remember thinking, “Boys look at girl’s fingernails?!”

I suppose female writers can go too far the other way when they try to write a male character who is realistic in their mind…making him dense, unfeeling, insensitive, thick-headed, single minded… I can’t remember where I was going with that.

Would you rather read a book from the perspective of the opposite sex–or keep your assumptions secure?

Please share your heart. We learn from each other. Cancel reply

Intimacy with God for the Over-churched Blog

Manage Cookie Consent
To provide the best experiences, certain plugins use technologies like cookies to store and/or access device information. Consenting to these technologies will allow this website to process data such as browsing behavior or unique IDs on this site. Not consenting or withdrawing consent may adversely affect certain features and functions.
Manage options Manage services Manage vendors Read more about these purposes
View preferences
{title} {title} {title}
%d bloggers like this: