BoiseRunWalk has been awesome to offer free training to the Run 4 Heaven’s Gate competitors.  One thing they’ve emphasized in the training is a negative-split. This is where you run the second half of your race faster than the first half.

The idea is to “finish well.” Not just for the cameras, which take your picture at the end, but so that you actually have energy to finish the race.

You see, it’s so easy–with nerves and excitement–to start running full speed. Not a brilliant idea when you have hours of running ahead of you. Doesn’t it remind you of a January 1 exercise plan? Or the glorious start to a new home-school year?

Starting off full speed isn’t necessarily the way to finish well. And I have so many things I need to finish right now. Two things that have always helped me get over the occasional task-tornadoes: 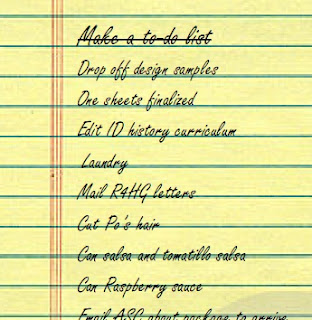 Sometimes, particularly at the start of a new season, I feel overwhelmed. I can’t get everything done that I want to do.

My mom’s advice–make a list. Then you can see what needs to be done and it suddenly feels more manageable.

I love Evernote but something about a yellow pad makes me think: get to work.

Consistency
Think of water,  a consistent drizzle will erode rock. Even if you can only do one tiny thing toward your goal, it is better than crouching, chilled in the shadow of its impossibility.

And now I am adding something new, the concept we’ve been training to use for our October runs.

Negative Split
Start slow, with manageable goals so success is tangible. Sometimes I will add finished tasks to my to-do list just so I can see more things crossed out. The psychological help is unmeasurable. Also, work with the goal of finishing…and finishing well.

Run in such a way as to get the prize.