Skip to content
Hilarey.com > Miscellaneous > In love with stories

We had the opportunity to watch a live performance of The Secret Garden with our homeschool group last week. It was a musical rendition of the book by Music Theater Idaho.

It occurred to me during the performance how intent the actors were trying to just “tell us a story.” What an interesting sensation to think that so many adults came together, used sets, costumes, music and plot to convey a theme. (They declared that they took a little theatrical liberty with the story.)

The actors could’ve had individual agendas, but they came together for the story. I’ve heard that authors are storytellers first. 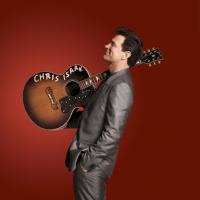 husband and I attended. Sometimes musicians say “it’s all about the music,” but the reason I remember that concert so well is he made it all about the entertainment.

Recently, when I tried to tell someone about a story that moved me, I couldn’t remember if it was written in first person or third. I was overcome by the story.

It was a nice reminder that it’s the story which matters. Not only the cogs and bolts of walking characters through an organized plot.

When Nathan told David a story about the pet lamb in 2 Samuel 12, David was immediately moved. This intrigues me because most people read to become another person for a time, but here, David was able to disassociate himself from the main character. (So much that he accidentally passed judgement on himself.)

They aren’t necessarily mutually exclusive, but to you read to become or to be removed.